I just got back from doing another interview on the high price of Vancouver living. Everyone’s fixated on the ever-escalating sticker price of Vancouver real estate. From high real estate costs ($2.5M for the average West Side home) to the lack of rentals (.8% vacancy rate, lower than even New York), there’s plenty to talk about.

In rant after rant, the prescribed solution appears to be “move out of the city.” Some move to the suburbs, others move to Vancouver Island (about 2-3 hours by ferry, including traffic), still others move far north, as British Columbia’s a very large place.

All these moves solve for just one thing: sticker price. Yes, the house you buy or rent in Pitt Meadows, Comox or Prince George will be cheaper. The old “drive until you can afford” maxim is as well worn in this market as it is anywhere in the world. 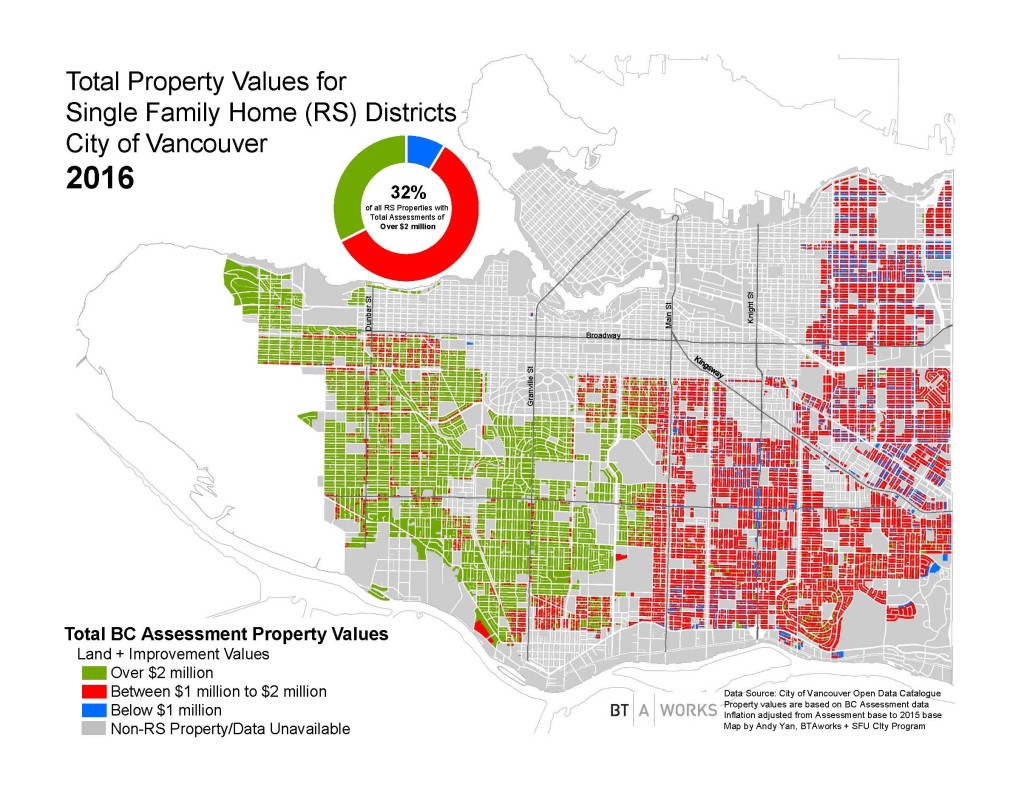 But there’s one cost all the real estate refugees overlook when they move even 10 kilometers outside of Vancouver’s hyper-dense downtown core. It’s a price their suburban real estate agent won’t mention. That Craigslist ad for two floors of a house that they’re drooling over will omit it as well. And once they move, they’ll never be able to measure this cost again.

One of my favourite Canadians, Joni Mitchell, sang, “You don’t know what you’ve got ’til it’s gone.” But opportunity cost is exactly the opposite: you know what you have only when you have it.

Always good to chat with Jana, every Thursday at 4pm on @roundhouse983. Today I talked ways tech and apps can save you money. A photo posted by Adrian Crook (@adriancrook) on Nov 12, 2015 at 5:24pm PST

Living downtown keeps me connected to personal and professional opportunities I never imagined when I lived out in North Vancouver, about 15 kilometers and a persnickety bridge north of the city core. In the “bad old days,” when I was already tired from a commute home, and another long drive and downtown parking lay between me and a networking event, I usually chose to kick back and call it a day.

Need proof? Check out this article: “Want Your Kids to be Better Off than You? Move to a High Density City”

The findings of a recent report on the impact of sprawl (aka suburbs) on healthy, opportunity and more. Click to read full report.

In my day job as design consultant, we call items that introduce friction into a behaviour “barriers to entry.” In product design and in life, it takes shockingly little barriers to entry to make something too much of a hassle. And that works both ways: our downtown friends found it hard to visit us in the suburbs, which meant we saw them very infrequently.

Thanks to Global BC Morning News for having me on today to discuss urban living with five kids. Was a fun interview!

But in just the last three years of living downtown, my personal and professional circles have grown in ways I’d never have imagined when I lived in the burbs, simply through my being much more able (and therefore willing) to show up.

Even today when a local radio producer called to invite me to speak on Vancouver affordability (again), it was a 5 minute walk to the station to record my bit. If I lived in the suburbs, I wouldn’t have carved out the hour or more it would take to get downtown and back, just to tape a five minute spot.

Running errands on my bike this afternoon. As walkable as #Vancouver is, it’s even better for biking. There’s no faster, more efficient or enjoyable way to navigate the city while staying connected to everything around you. Love it. The lungs, however, are “re-adjusting”… A photo posted by Adrian Crook (@adriancrook) on Feb 17, 2015 at 4:17pm PST

Maybe I could have phoned it in, but then I’m missing the chance to strengthen personal relationships with the host and the producer. Those relationships are the reason why I’ve been on their show three times in the last six months alone.

And when another local station invited me to do a regular 30 minute guest spot every week, I said yes. Because it was just a short walk from where I live and hardly affected my day at all.

Vancouver Mayor Gregor Robertson and I in front of the #NoTankers Virtual Reality installation AC+A created. Get down to English Bay today to witness firsthand what a tanker oil spill would do to Vancouver’s environment.

Over and over again, my proximity to the best opportunities Vancouver has to offer, be they after work networking, civic engagement events, media interviews or simply bumping into new and old connections in the street has expanded my world dramatically. Career and personal opportunities have never been more accessible and abundant.

Contrast that to my previous life in the suburbs and it’s easy to see that my former home’s sticker price wasn’t the biggest cost I paid to live further out.

Marshmallow roasting on the 29th floor in November