“A house is just a place to keep your stuff while you go out and get more stuff. … So now you got a houseful of stuff. And even though you might like your house, you gotta move. Gotta get a bigger house. Why? Too much stuff!” ~ George Carlin, 1981

We North Americans are not known for our moderation, and (obesity rates aside) one very obvious symbol of that is the mushrooming size of our homes.

In just two generations, the size of an average North American house has almost tripled, from a modest 983 square feet in the 1950s to today’s whopping 2,349-square-foot behemoths.

By comparison, vast swaths of Europe, Southeast Asia, and the UK have resisted the trend towards sprawling homes – in the UK, for instance, new houses are just one-third as large as new houses in the United States. 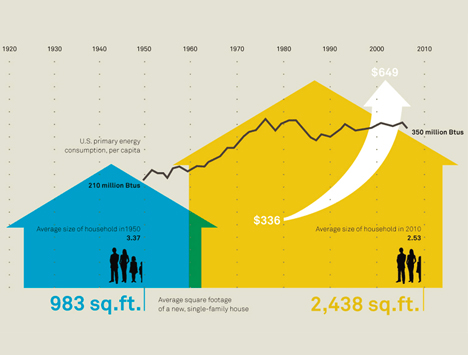 So what exactly is driving our race for space?  For the vast majority of families, it’s definitely not kids: in fact, the North American birth rate has dropped since the ’50s from an average of 3.6 kids per family (think “post-war baby boom”) to just 1.8.

And it’s definitely not that we need to stretch out more: a study published in a fascinating book called Life at Home in the 21st Century showed that only a small portion (40%) of a home’s square footage is used with any regularity by the humans who live there.

Interestingly, that 40 percent is almost exactly the size of the modest 195os home we mentioned in the first paragraph…

So what exactly are we doing in these sprawling structures? You guessed it: we’re storing our stuff. 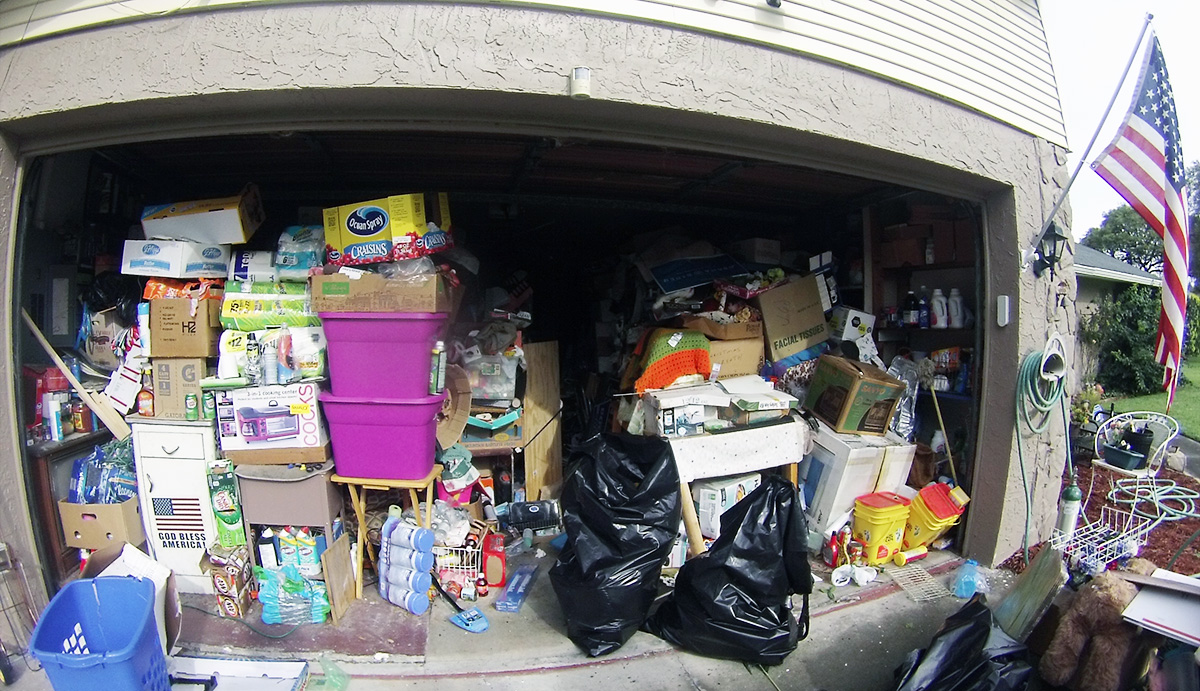 In 2012, the Wall Street Journal cited a study showing that 75% of home garages actually had no room to store a car. Instead, most were crammed to the rafters with a staggering 300 to 650 boxes, bins, and overflow items from the house.  And these aren’t even the folks who make it onto Hoarding – this is just that nice couple from down the street who invite you and the 1.8 over for a barbecue now and then and feed the cat while you’re away.

The same study showed a 30% increase in a family’s possessions for each new child, during the preschool years alone.

So what’s the problem with big houses?

Well, actually, there are loads of problems. 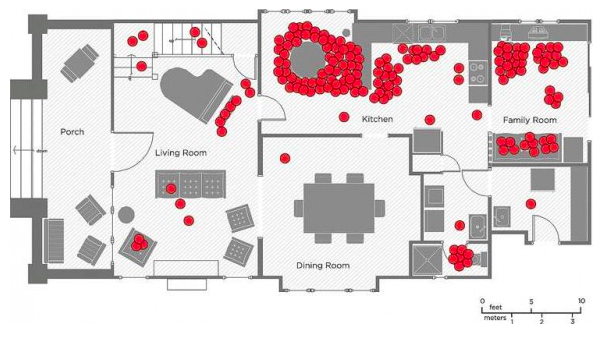 A heat map indicates just how little of this home is used with any regularity.

So what’s the answer? Comedian Bill Burr jokes that “85% of [us] have to go,” but the solution may be presenting itself already, somewhat ironically, in the form of the current generation – the first in a long, long time to have a lower standard of living than their parents.

These kids are graduating from colleges and universities with massive debt loads and dim prospects for the kind of earnings and job security their parents and grandparents enjoyed. It’s why billionaire entrepreneur Mark Cuban recently predicted the implosion of the US collegiate system. Not only can they not afford the cavernous homes and mounds of stuff that turned their predecessors’ cranks, but (and this is the good news) fewer of them seem to want them.

Instead, the trend is towards smaller spaces, car-share programs and public transit rather than a Buick in the driveway, telecommuting, and a general philosophy of life that favours access over ownership.

Born partly out of necessity and partly out of frustration at the Baby Boomers’ notorious excesses, this is a financial and cultural “juice fast” of sorts, and promises to be good for the environment, easier on the wallet, and lighter on the nerves than the Bacchanalian over-consumption of the last 60 years.