Say Goodbye to the Money Toilet

This is the second in a three-part series on how to use technology to your (financial) advantage. Even if you’re not a programmer, or your six-year-old knows more about your computer than you do (which is likely), you can still save a bundle in a number of simple but surprising ways.

In the first part I talked about how to cut cable TV and funnel the savings into your own pocket, and in the third part we’ll talk about (believe it or not) pets.

Next to putting a roof over your head, cars have traditionally been one of the biggest expenditures for a lot of folks, especially those with kids. In North America, the average cost of running a private vehicle for a year is somewhere in the neighbourhood of $10,000. 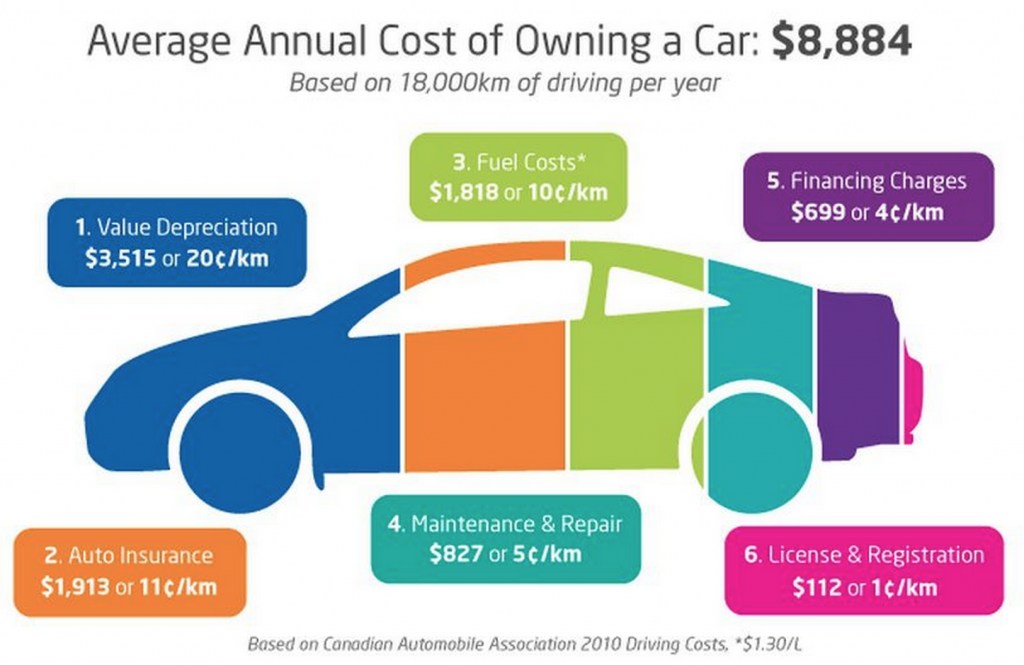 But in the last decade or so, with the rise of the millennials, we’ve seen a reversal of this trend.

Millennials are the pioneers of what I call the move towards “access over ownership,” and cars are a good example of that. They did not grow up in the same way many of us over-35s did, where cars were more of a coveted thing and you counted the days till you got your driver’s licence. So not surprisingly, their coming-of-age coincides with the rise of car-shares and those sorts of services.

We’re lucky enough to have four of them in Vancouver – Modo, Zipcar, Car2Go, and Evo. They all work slightly differently depending on what you’re looking for, and for all of them, the thing that’s really helped them take off is technology.

For all these services, you can book a car through an app, and in the case of Modo and Zipcar, you can do that weeks in advance. 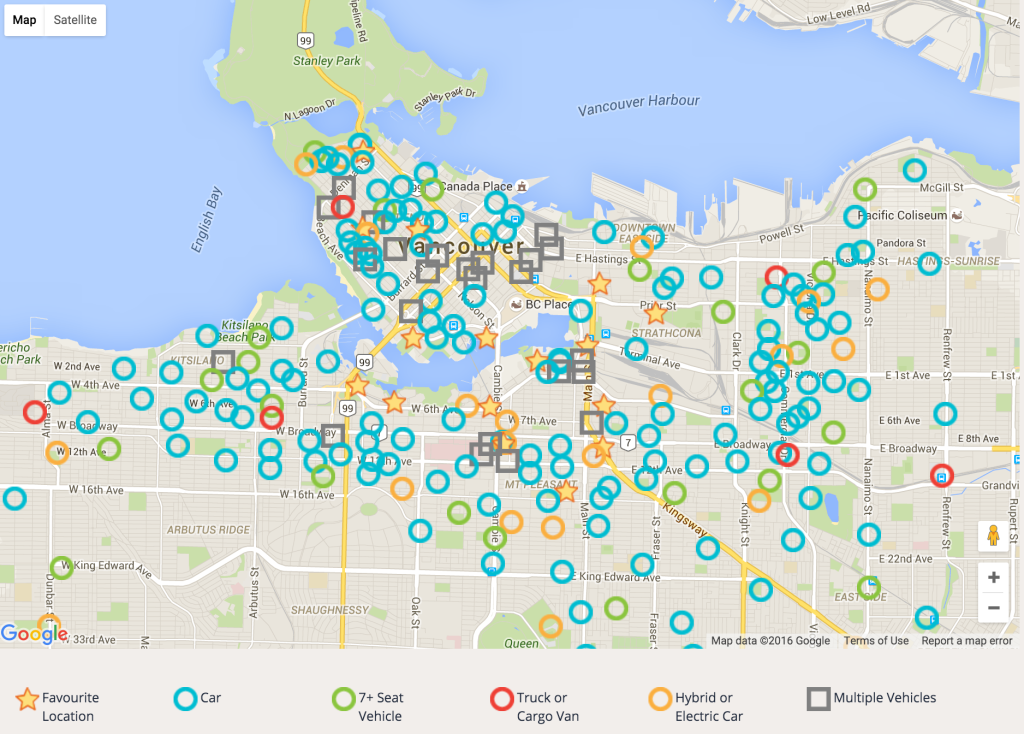 From Modo’s website, a look at all the different vehicles available in Vancouver – from just one car share company.

As my readers know, I got rid of our van in early November and I couldn’t be happier. We live downtown, so we can get to the vast majority of places we want using public transit or just walking or biking. But for those times when we need to get farther afield, I can book a Modo ahead of time.

I love car shares for two reasons: one big one is saving money, of course – driving now costs me about eight bucks an hour. But the other one is not having to worry about my car breaking down, or socking me with an unexpected repair bill. True, I can’t just run out to my parking space and jump into a waiting vehicle any more, but I can book something on Evo or Car2Go for those times when we need wheels immediately. Ironically, it actually costs me more to take my kids somewhere via transit than it does to drive them around for an hour in a very nice 2015 mini-van! 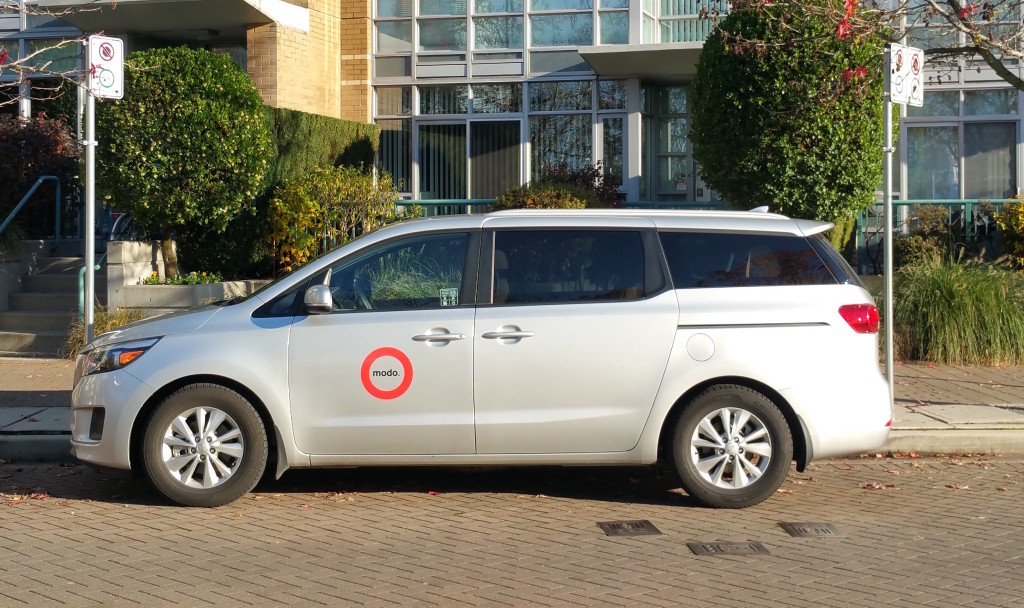 Ditching car ownership is not for the faint of heart, and not something to leap into without a bit of research. You will want to make sure you and your family have adequate access to transit and know how to use it safely — something I had to teach my little brood over several weeks (read all about that here!).

And you will want to consider other things, like how walkable your neighbourhood is and how much money you will actually save — here I show readers how to cost that out for real.

And even though I’ve got five kids and heard more than my share of “OMG! You have five kids and no car??”, it’s been utterly worth it for our family, in terms of saving both cash and headaches.