One question I get asked a lot is, “Where are all your kids’ toys?” 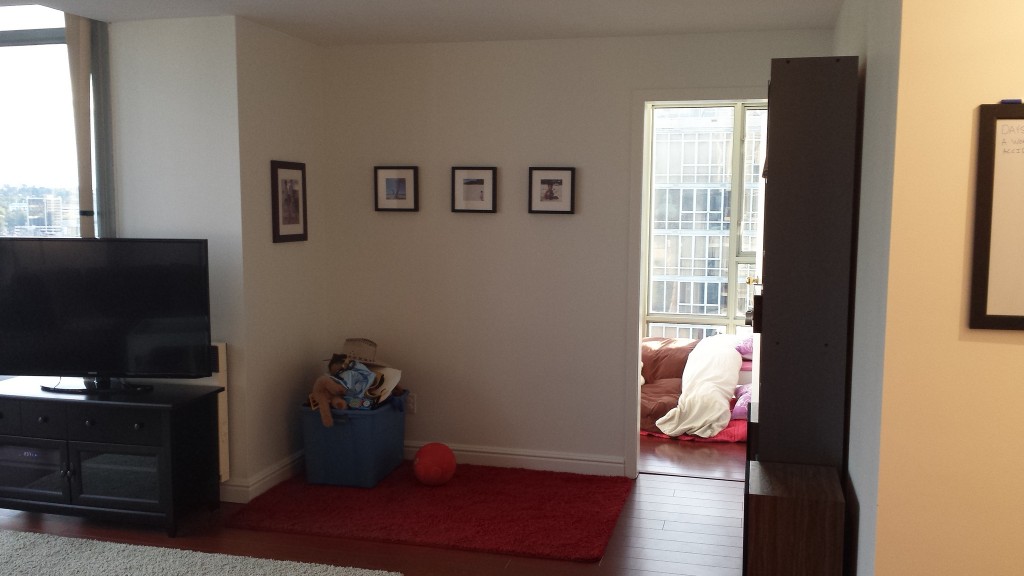 The corner as it originally appeared, toy bin, plus large A/V and shelving units eating up even more floor space.

However, that explosion of toys ate up precious floor space. Making the best use of limited space is a constant effort in refinement – everything has a footprint and if we can clear up floor space, that’s just more real estate for kids to live and play in. With five kids in a condo just over 1000 square feet, it’s especially important to keep things off the floor.

In the last year we’ve done a few major things to give us more interior real estate. Taken individually, none are revolutionary. But together they’ve created huge amounts of usable space for the kids.

What we needed for the corner was a good vertical storage piece. After some searching for perfect shelving solutions, we returned to the trusty IKEA Expedit 5×5. Although it’s huge, it was going on a recessed wall anyway and we hoped it would suck up all those toys to regain us floor space. It was also nearly floor to ceiling, which is a great maximization of storage capacity.

In order to install it, we had to remove a couple baseboards, cutting one in half and putting the rear one in storage. We also ran audio/video cords along the rear frame, using white electrical tape to hide their adhesion. This gave it a “clean” look. 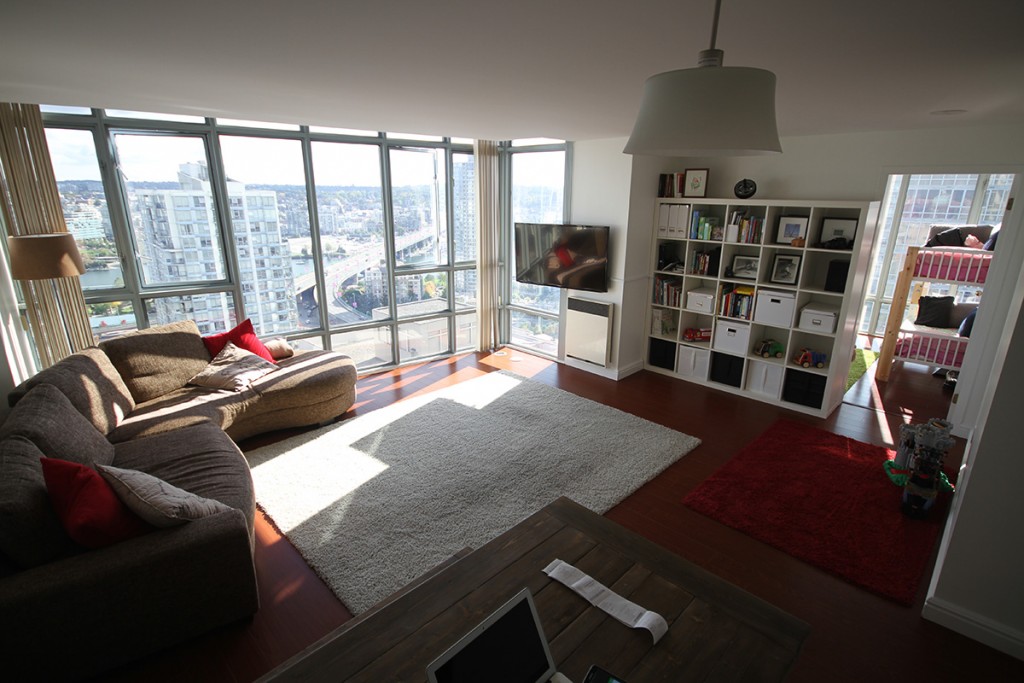 We bought pull out baskets for the bottom row of the shelving unit that were used to house the kids toys. It was surprising just how much they held, easily hoovering up everything and leaving the rest of the shelf for kids books, our books, photos and a few random things that I wanted “at the ready” (i.e. our DSLR).

The Expedit shelf also housed our Xbox 360, Mac Mini and powered speakers, mentioned in our TV cabinet optimization article. We used a discreet cable cover to bundle the cords from the shelving unit to the nearby TV, which renders them nearly invisible at a distance. 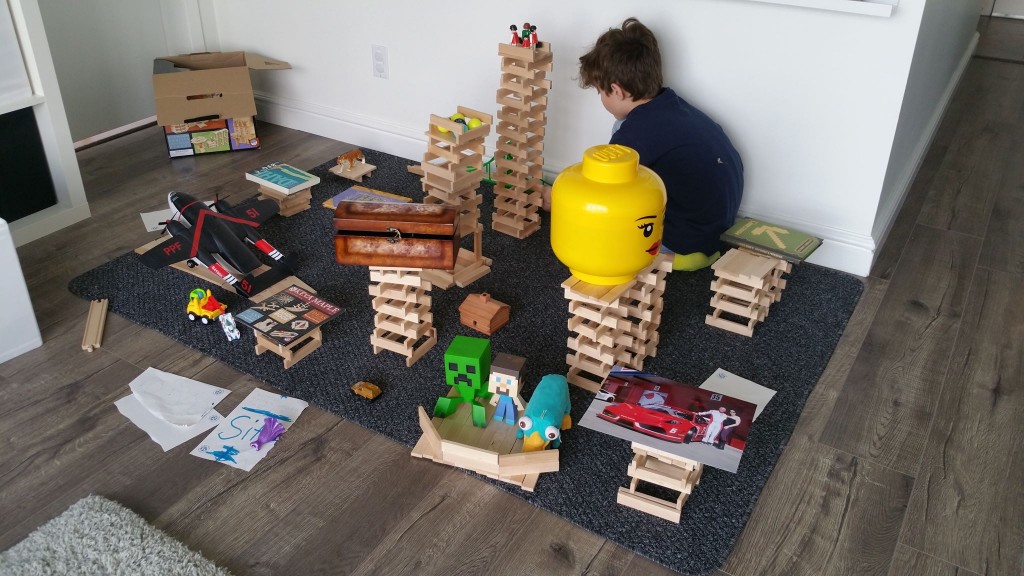 Our oldest empties most of his toys onto a mat to build a village, of sorts.

The resulting saving in floor space are easily calculated as the toys spread out on the rug before ate up nearly 18 square feet. The new shelf has a footprint of just 6 square feet and affords a huge amount of vertical storage we still haven’t completely filled (and are in no rush to!). In the meantime, the kids have access to more floor space for constructive activities, rather than losing it to sprawling storage.