There isn’t a week that goes by without me thinking about this several times, usually after a night out with a client or friend, so I thought I’d write about it.

One of the great aspects of living downtown is how much easier it is to get together with friends. When I lived in the suburbs, even one bridge between us was enough to squash any potential evening plans. This is key because many people believe you have to move to the suburbs when you have kids, which effectively pulls the curtain down on your social life. 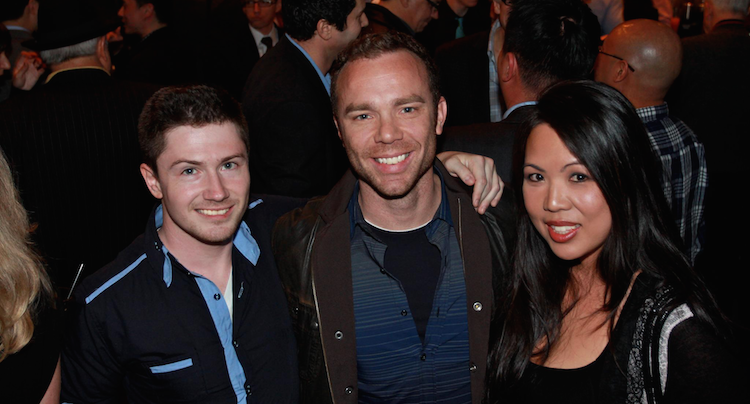 Colleagues and I at a local CEO mixer, just blocks away from the condo. Fantastic networking.

And even though some of my friends have migrated out to ‘burbier locales as their families grow, they still work downtown. So between those of us who live and work here, and those who drive into downtown just to work, the odds of friends being downtown to hang out are far higher than them being in some random city outside the downtown core.

The result is that living downtown makes it far easier to get together with friends for coffee, lunch, or dinner. It’s even possible to have friends over after the kids have gone to bed, meaning friends can just “pop by” our place at 9pm for a drink. That’s something that wouldn’t happen if there was a long drive and/or bridge traffic in between friends and our place. 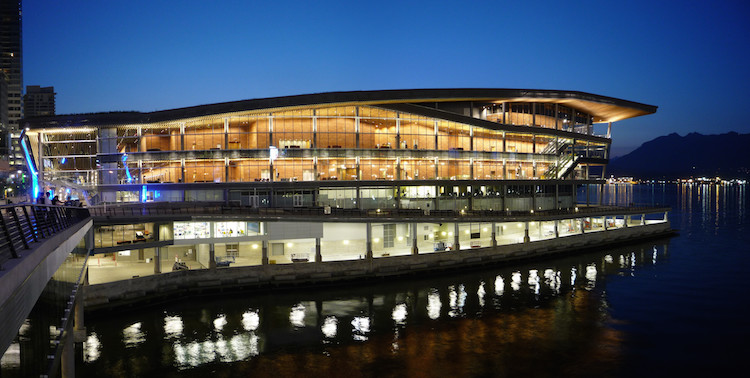 Vancouver Convention Centre, a short 15 minute walk from the condo.

There’s also a myriad of professional events that happen downtown – at conference centres, restaurants, pubs and the like. I know from my previous life as a suburban resident that I’d opt to skip many of these events if I had to drive in, find parking, and drive home. But being able to walk to everything and step out for just an hour or three in the evening means that more often than not I’m able to make the event, make new connections, develop new business and so forth.

Being right in the center of arts and entertainment also saves money on babysitters when we do go out. If the main act of a concert starts at 10pm, the babysitter can arrive at 9:30, after the kids have gone to bed, we can walk to the concert and be seated (or standing) by 9:45!

If we don’t want to linger, we can catch a whole event and be home by midnight, meaning the babysitter was paid for just 2.5 hours. Going out on the town is simply far more accessible and cost effective when you’re not paying a babysitter huge bucks just for you to drive to and from, pay for parking, burn gas, and so on. You also feel less inclined to stay out for long stretches, since going out on a regular basis is part of your normal life – not an exotic date night or the like. 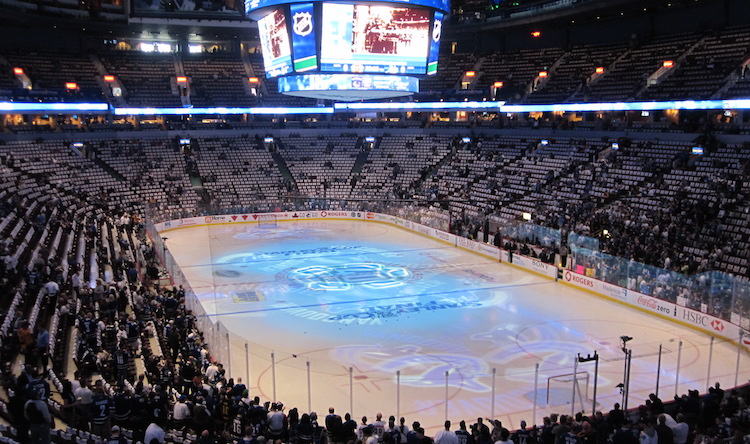 Rogers Arena, home of the NHL’s Canucks, just a 10 minute walk from the condo.

But if it sounds like we’re never around for the kids, you’re wrong. Yes, living in the heart of things means we’re able to socialize, have friends over or go out at night much more than we would be if we lived further out. But more importantly, we can do all that without having to skip out on huge tracts of time with the kids. We can put the kids to bed ourselves, then have our own full night, instead of leaving all that to the babysitter as we’d have to if we had a drive ahead of us and felt the need to “make a night of it” whenever we went downtown.

In short, the urban life keeps us connected and social, while preserving our time to we can spend more of it with the kids versus behind the wheel of a car.