It’s also right next door to where we live, in trendy, upwardly mobile Yaletown, which means that for better or for worse, the people of the DTES are our neighbours.

Heading down to the DTES.

So recently, when our friend Cheri approached us to donate some socks for her “Happy Feet” drive for DTES residents, I thought, “Learning opportunity.” Instead of just handing over the socks and going back to our various screens, this time we would go down there ourselves, and let the kids experience first-hand what it means to be a good neighbour.

On Saturday afternoon, we headed over to the Army & Navy store on Cordova, where we bought a whole bunch of warm winter socks. I could almost see the connections starting to click in their minds as they imagined the strangers who would be wearing these the next night. 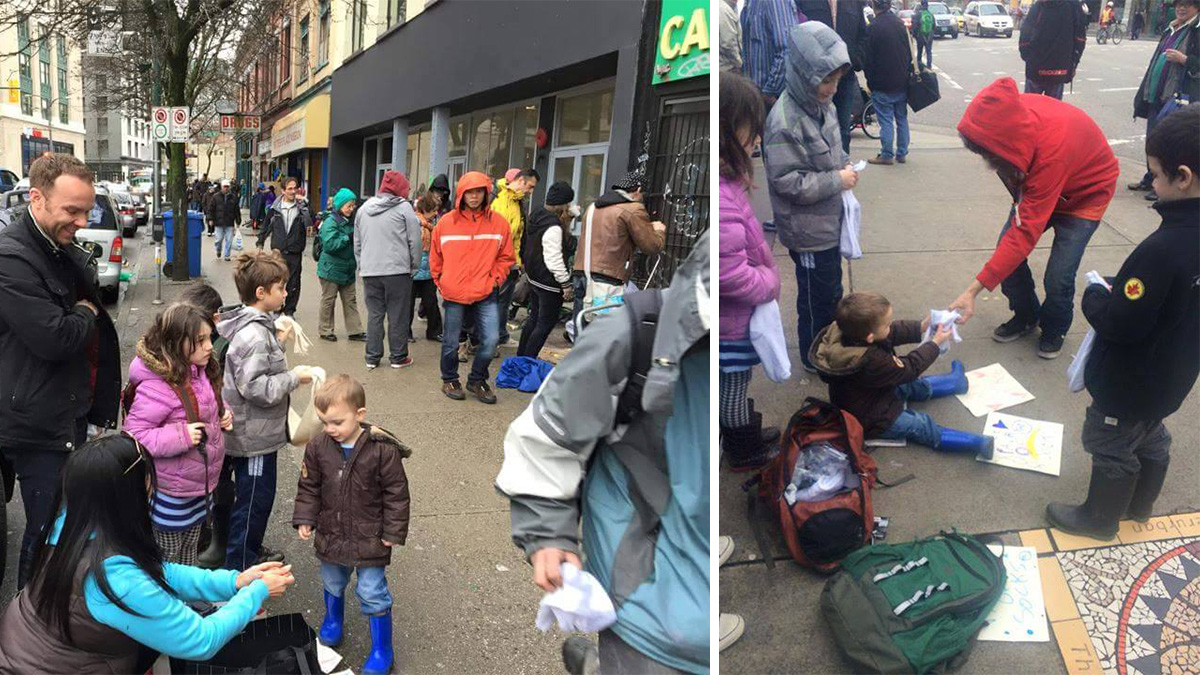 On Hastings and Carrall, handing out socks.

Home again with our loot, the kids and I sat in the art room with markers and crayons and construction paper, making some brightly coloured “Socks Free” signs to bring along. Naturally, they had a lot of questions about why we were doing this, where we’d be going, and the people we’d be meeting. I explained that these were folks we’d probably seen many times in our rambles in and around the DTES – while walking through Chinatown, having hot chocolate in Railtown, romping in the parks in Crosstown, and taking in the Eastside Culture Crawl in the fall, for example.

Bright and early on Sunday morning, we met Cheri on the corner of Main and Hastings and prepared to set up shop. Our first stop was Pigeon Park, where the weekly resident-run DTES Street Market was taking place. We set up out front and did a brisk trade in warm white socks. Our youngest, Tristan, sat on a newspaper and held the “Socks Free” sign down with his feet. 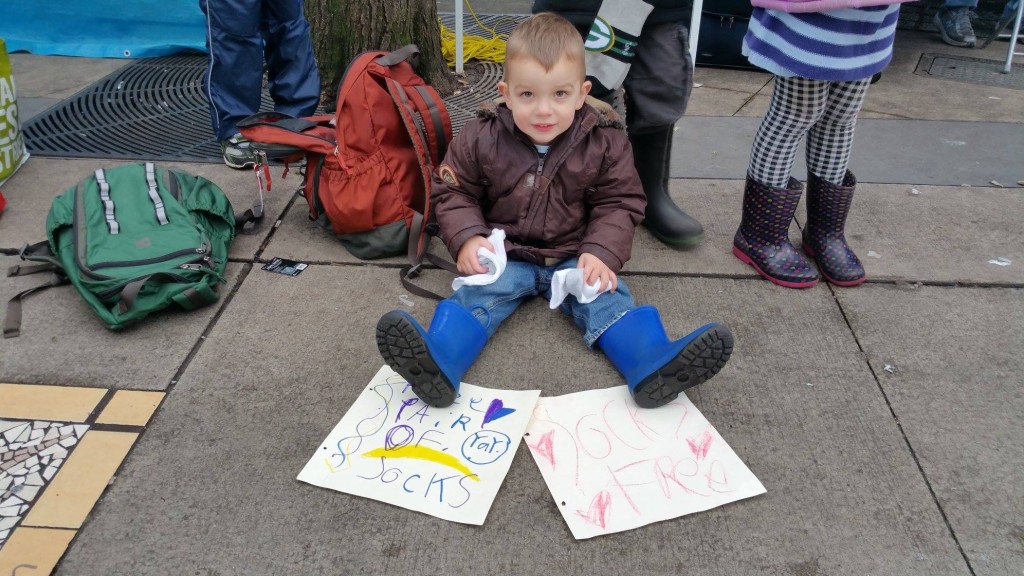 After a while we moved further up Hastings to Columbia. This is arguably the roughest stretch of the DTES, and we were charmed to hear shouts of “Kids on the block!” as we approached, the residents’ way of alerting each other to be on their best behaviour when little ones are present.

It was a chilly day, but the kids were focused and engaged the whole time, handing out socks, chatting and even exchanging a few high-fives.

Later that night, as I tucked in my two eldest, Oliver and Indiana, they deluged me with questions about their day: “How do people get poor?” “How can you tell someone is poor?” “Could we be poor?” “Why don’t they have beds?” and, perhaps most tellingly, “Can we bring pillows and blankets and food next time?” 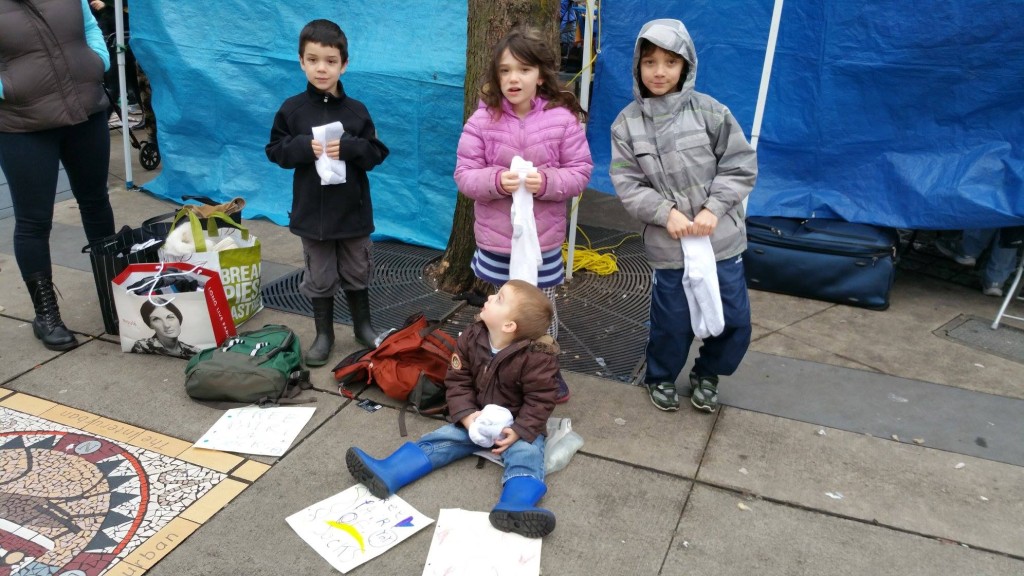 The kids with their wares.

I don’t claim to have all the answers, but this was an excellent way to begin one of the hardest conversations we as parents can have with our kids – about addiction, physical and mental illness, lack of education, discrimination, disconnection from family and friends and social safety nets.

About how it can happen to any of us, and how, in many ways, there is no “us” and no “them.” How we are all so human, and so fragile. 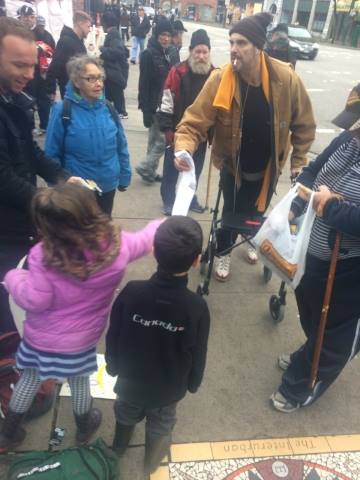 Sowing the seeds of compassion.

As I kissed my own little humans goodnight, I told them that because of their help, 115 people had warm feet that night, and that that was a good start.

There will, of course, be many more opportunities for teaching, and for reaching out to our neighbours. For now, though, I know my little tribe has had their eyes opened just a bit more to the world outside their bubble, to the responsibility to help where and when we can, and to a new concept of our little family not as an island unto itself but as part of the much larger tribe simply called humanity.