I certainly didn’t expect to have the Autumn we had in 2017. After I wrote Very Superstitious: How Fact-Free Parenting Policies Rob Our Kids of Independence in early September, a media maelstrom broke out.

To recap that article quickly, British Columbia’s Ministry of Children and Family Development (MCFD, equivalent to CPS in the USA) intervened to tell me my four oldest kids could no longer ride the bus to school together, nor be left alone anywhere at any time. This after I’d spent the better part of two years, without incident, teaching them how to ride the bus, and despite a mountain of evidence supporting bus transport as the safest means of travel – beyond car, bike, or even walking. The MCFD even acknowledged that there was no negligence on my part and said I’d went, “above and beyond” what could be expected of any parent training their kids to take transit. 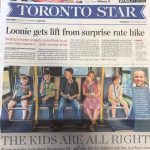 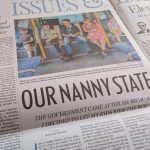 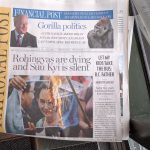 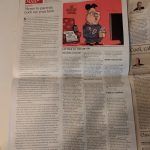 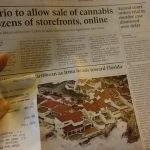 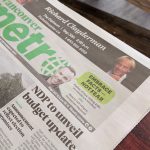 On the day I published that article until about three weeks later, it was non-stop TV, radio, newspaper and web coverage. From the front page of both our national newspapers as well as all the Vancouver papers and the Toronto Star, to the BBC World Service three times over, The Guardian, editorials in the National Post and the Globe & Mail (as well as Op Eds by me in those papers), Maclean’s magazine, and Metro, to TV and talk radio interviews across the country, articles in the Huffington Post, podcasts and countless other outlets.

I received hundreds of emails, direct messages, and comments of support, with many people emailing the Minister to express their outrage. Even today, bus passengers still stop us to tell us they support what we’re doing, and many fellow riders who observed my children taking the bus alone approached me to say the kids were always well-behaved. We even had a former bus driver of ours who drove us for about a year write to us to offer his unequivocal support.

The GoFundMe continues, and has raised over $40,000 for a legal challenge so far.

The GoFundMe campaign for our legal challenge quickly raised over $40,000, and I received nearly 20 inquiries from attorneys of all backgrounds. I can’t say much on the legal front yet, but there appear to be a number of encouraging ways we can tackle this, legally.

Now I’m known to some as “the bus dad,” a fun moniker for someone who loves transit like I do. 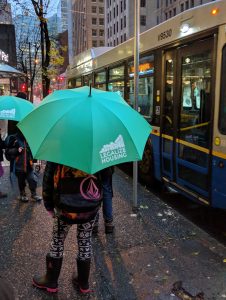 Waiting for the bus, the kids inadvertently promoting my non-profit, Abundant Housing Vancouver.

Today, my family is left with the fallout from the Ministry’s decision to prevent any of our kids under 10 years old from being alone at any time, inside or outside. If we don’t follow that order, the Ministry can rule that the kids are not safe in my care and remove them.

Asking the kids to adhere to this rather arbitrary rule has been tough, as they don’t understand why freedoms they had in years past are now gone.

For instance, this past Halloween my 9 year old assumed he could walk around his mother’s townhouse complex with his friends, as he’d done the year before. When told he had to stay with an adult and the younger kids, he became upset and instead spent the bulk of the night pouting in the backseat of a car instead of trick or treating.

No candy for him.

The Ministry’s ruling has also turned everyday occurrences into potential legal violations. If we’re walking home and my 7 or 9 year old walks a block or two ahead with the 10 and 11 year old, that’s a violation of the MCFD’s ruling.

Or recently, one of the under 10s took it upon themselves to walk home alone from the school to their mother’s place – a few blocks along a trail, hardly dangerous, and something they’d done countless times prior to the ruling. But that too could be reason for the MCFD to decide one parent is negligent and intervene. 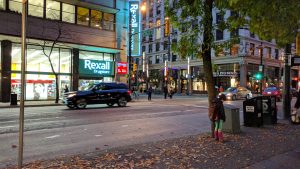 Even something silly, like me taking the garbage out, means I have to leave three under 10 year old kids alone in my apartment for ten minutes. If something were to happen while I’m doing that, the Ministry would have grounds to determine I’d violated their ruling and potentially take my kids away from me.

The blanket nature of the Ministry’s ‘any child under 10’ ruling ignores the varying degrees of maturity each of my kids possesses and each of their competencies in different situations. As a result, the Ministry has taken away my parental freedom to choose what each child can be trusted with according to their level of responsibility. The feeling of trust each of my younger kids felt me granting them has also been removed – replaced by a creeping fear of being “caught” doing something altogether banal and previously OK. 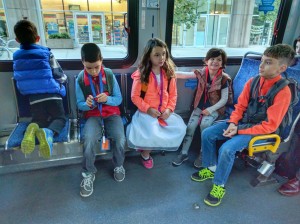 The kids on the bus in the morning.

The MCFD does good work in many cases, such as intervening to protect children in cases of domestic violence or abuse. But MCFD involvement in a family’s life is not always benign: sometimes the very presence of MCFD intervention, interrogation and the rules they impose has a more damaging effect than the risk they believe they’re addressing.

That’s the case with my encounter with the MCFD on this transit issue: the net effect is my family has been left needlessly fearful with years of our hard-won freedoms stripped away. 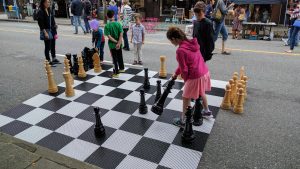 That’s why the legal fight to address unnecessary MCFD intervention is important. Families throughout British Columbia should be safe to rely on their judgment, preparation and evidence to make responsible parenting decisions, without fear of government reprisal.